“Memory Pieces & More: A Folk Art Exhibition With Workshops” The following information was taken from a GSC Press Release dated 1/10/2008: Glenville, WV – Well-known West Virginia writer and artist Bob Henry Baber will have the first full exhibit of his ‘Memory Pieces’ at the Glenville State College Fine Arts Gallery beginning February 11th through March 7th. The official opening of the show will take place on Monday, February 11th from 7:00 until 9:00 p.m.

Bob Henry Baber Memory PieceDuring the opening, Baber will read a selection of his short ‘haiku’ and ‘lowku’ poems that adorn many of his pieces thereby creating a new literary/arts ‘hybrid.’ Following the brief humorous reading, GSC students, faculty, staff, and their families as well as the public, will be invited to make their own memory jars as keepsakes. All materials, including marbles from Marble King (West Virginia’s last marble company) will be provided by GSC. However, attendees are strongly encouraged to bring trinkets that reflect their own lives. Examples of such small symbolic memorabilia include buttons, beads, necklaces, rocks, shells, broken jewelry and watches, small plastic cartoon characters, coins, game pieces, Hot Wheels cars, and Barbie paraphernalia.

Baber is the Major Gifts Officer for the Glenville State College Foundation. For the past ten years, he has conducted ‘Memory Jug’ workshops based on an antique ‘jug’ he found in the mountains of eastern Kentucky. The workshops include storytelling, creative writing, and the making of memory pieces by elementary school students and adults in residencies held throughout West Virginia, Kentucky and Ohio. During Baber’s first major exhibit, the GSC Fine Arts Department will be conducting several free half or all-day school workshops. They will be led by Dr. Baber for elementary students from grades three through six from Gilmer and surrounding counties. “I’m very excited and grateful about this wonderful opportunity to pull all my work together at the Glenville State College Arts Gallery. I’m also pleased to combine both creative writing and visual arts into one inter-disciplinary workshop that I hope will inspire young students,” said Baber. “One of the pieces, ‘Verb Tenses Make Me Tense,’ from the art collection of Governor Joe Manchin and First Lady Gail Manchin, will also be on display along with many other collected and new works created especially for this show,” Baber added.

Bob Henry BaberBaber’s ‘Memory Jar’ was the subject of one of America’s most famous living realist painters, Daniel sprick, whose work is in the National Museum of Art. (Smithsonian Institute), the Denver Museum of Art, and many other venues. The piece sold in New York City last fall. Baber and Sprick met at Mesa State College in Grand Junction, CO in 1972.

Memory pieces have been around since at least the Victorian era, when nobility covered vessels with jewelry as a decorative diversion. A grass-roots revival of ‘Memory Jug Making’ swept through Appalachia and the Afro-American south in the 950’s and 60’s. Baber says in the Afro-American community, memory jugs sometimes served as memorials for poor families that could not afford headstones for loved ones who had passed away. “Regardless of culture, all memory jugs served the purpose of celebrating peoples lives and families through permanently recycling their personal trinkets,” said Baber. 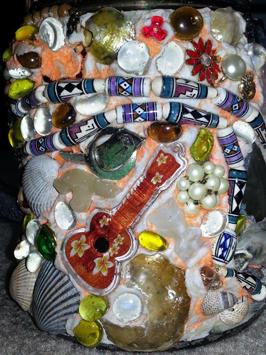 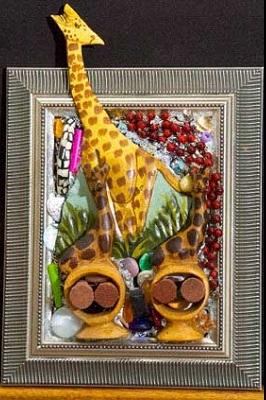 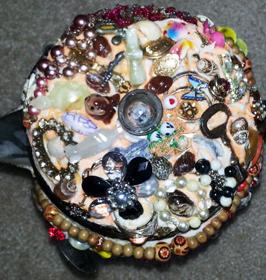 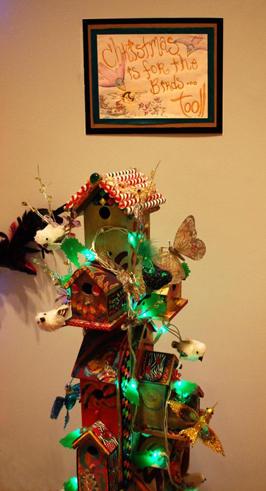 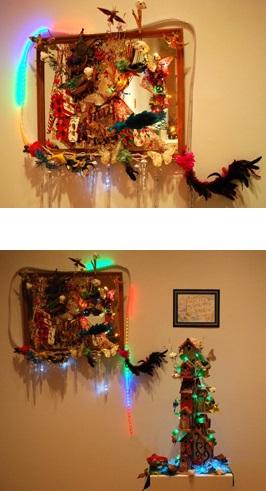 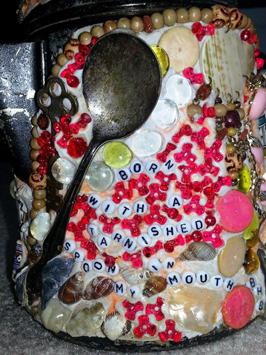 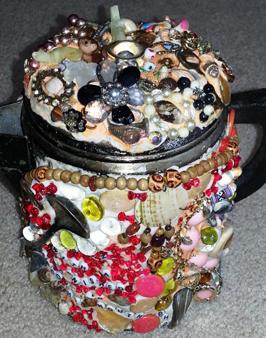 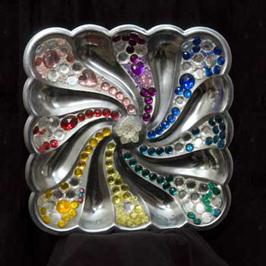