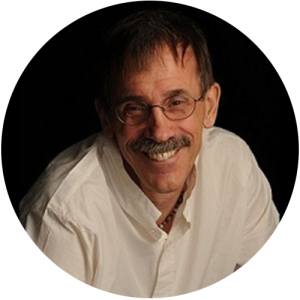 Mayor-elect Bob Henry Baber became the first Incident Commander in Response to the Thousand Year Flood that devastated Richwood West Virginia on June, 23, 2016. This flood was the seventh worst flash flood in the US in the past hundred years, according to the Weather Channel. Baber led the recovery effort on all fronts—including securing replacement facilities for the flooded middle and high schools. Subsequent to the unprecedented natural disaster a political and human disaster has followed which has included impeachment and now criminal charges. “Given the level of destruction I can only say that I did my best and had no intent to harm the City in any way. Yes, mistakes were made by many in the chaos that ensued. I wish our responses would have been flawless. But we were “mucked.” It was, after all, A Thousand Year Flood.

He has been a grant writer, a widely published Appalachian poet, a novelist, a creative writing teacher and mosaic artist (and teacher of both, in single or tandem workshops for ‘children of all ages’), a keynote speaker, storyteller, leader (Kellogg National Leadership Fellow), populist politician and former Chair of the WV Mountain/Green Party, environmentalist (one of only two ‘Heroes’ bestowed in 2007 by the National Wilderness Society for his advocating on behalf of the huge expansion of the Cranberry Wilderness.

Dr. Baber is also the creator of the Yeager Airport “Adoption” where 10,000 trees have now been planted), and former Honorable Mayor and current Poet Laureate of Richwood, West Virginia. As Mayor, he secured grant funds to repair the sidewalks, remodeled the historic depot, and secured over 4 million dollars to clean up the polluted Cherry River, wrote grants for new police vehicles and equipment, secured new computers and training for staff, and gave all employees substantial raises while protecting their medical care. He also secured grant funds to demolish the dangerous old city hall, clean up the Cherry Furniture factory hazardous waste site, and invited the World Servants to come and repair houses for the indigent–which they have been doing for 6 years.

The Heroes Among Us photography book contains succinct stories and quotes from West Virginia veterans. This stunning coffee table book is a montage of modern and historic pictures in sepia tones that combines the skills of Glenville State College alum and project photographer Mark Romano with the powerful words and stories of West Virginia veterans, Rosies, and Gold Star Mothers, Co-Edited by Bob Henry Baber.

A documentary, A Tradition of Service was produced to inspire others to acknowledge the importance of recording the history of those around...

5-Stars*****Chuck Kinder, former Chair of the Creative Writing Department of the University of Pittsburgh and renowned author of Honeymooners and The Last Mountain Dancer says this of Baber’s magnum opus, “The Lost Generation had The Sun Also Rises. The Jazz Age had The Great Gatsby. Now the Found Generation called the Hippie Nation has Pure Orange Sunshine. Bob Henry Baber is the grand poet of revolution and loss and redeeming love. Somehow this good old outlaw boy survived the ultimate hillbilly-hippie hero’s descent into the portals of hell not only to brag about it, but to sing that journey’s tall-tale from the West Virginia mountaintops with words as beautiful and funny, haunting and deadly as sharp shiny weapons.”

Taking Mercies Where I Can

....in the clear cool waters
of Deckers creek,
I quickly bath
shiver in the shade
and hustle to the fire pit
to warm my numb veiny feet

I watch as thunderstorm clouds
snag in tree tips

I found them in the woods
five living, one dead—-
poor thing never had a chance

I have had....many...and blown them as easily away
as dandelion seeds

Still, I will be free
until the day I’m incarcerated—

alive
till the day I die.

My ego, my hubris, my reputation,
my treasured farm—
the homeplace I bought from Grandma
and saved from heirship and ruin—
snakes and rats and rain
and rot—
all are being strip-mined from me

I could fall into self pity—
yet another permutation of Narcissism—

I could embrace victimization.
It is....oh so tempting.

But then again
I ain’t got cancer

and I do have Jesus.

Thus, all things taken into account—
day-old donated bread from Panera
pre-owned clothes
from the Christian mission,
grandkids that know me
not as a accused criminal
but just as old man that loves them
like wind loves air,

I am,
to say both the least
and the most,
an exceedingly
blessed
man